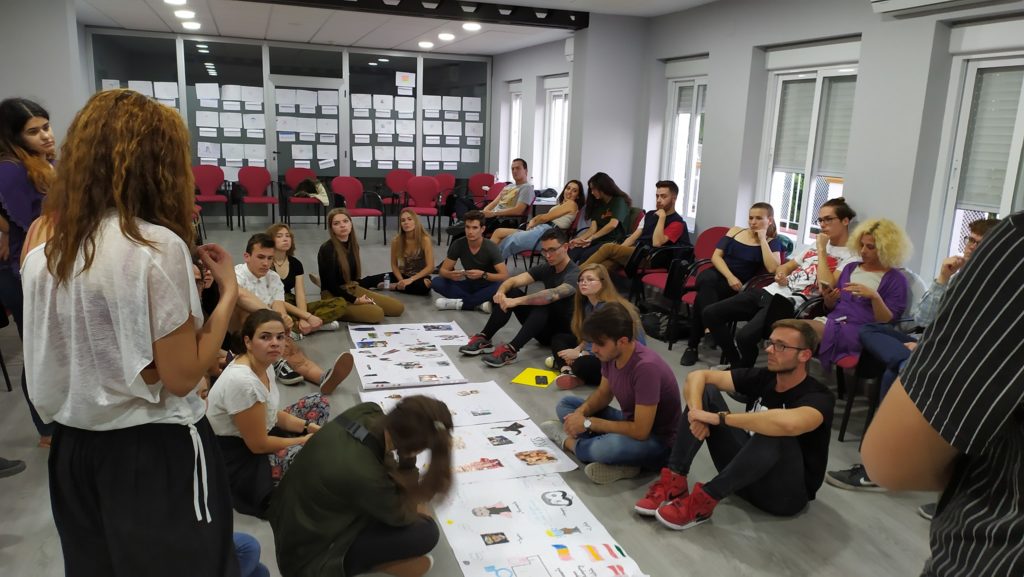 ay 2 – Article about the morning activities.

After the “Imaginary Bunny” energizer, the first activity that we made in the morning was the “Youthpass Islands”. First of all, we explained what are the 8 key-competence that we can improve during a Youth Exchange, and then we were divided in 8 small group. Every group had to find 8 “judges”, each one of them gave to the group a task regarding about one of the key-competences. This was a fun and original way to actually and really improve those competences.

After the coffee break, a short and fun “Fruit Salad” energizer, and than the Latvian team delivered its workshop: “Country Reality”. Each country explained briefly the current situation about immigration, even answering to the questions of the others.

During the afternoon activity we had the opportunity to share our mutual stereotypes of all nationalities from the project. We got to find out more about foreign countries’ perspective on our own and learned how to work in a team and put creative ideas on the paper.

The lack of diversity in materials made us limited in a way but also made us come up with more creative ideas and taught us how to work with what we have.

Thanks to the musical energizer, we created together an unique art and mananged to communicate without any words and synchronize with ourselves

This day was really interesting and valuable as well.
We started in the morning our energizer as a
lways. First we had the “evolution energizer”, after it a “ninja game”.
Than we had the Hungarian workshop. Our task was to imagine ourselves into the given characters. Some of them surprised us, some of them made us think about the different possibilities each of us have regarding to family background, nationality, religion and sexual orientation.
After the coffee break, we participated in the Romanian team’s theatre workshop. We were given topics about migration and we had to express our thoughts, while highlighting the main problems by acting. We had the chance to explore and develop our acting skills and talents.

On Wednesday afternoon we had a workshop made by the Italian group. We started with energiser for loosening up. After that we played an improvised Theater where we were put in different situations that a lot of migrants face every day so we where in “their shoes” and tried to find a solution for their problems. Then we played games where we had to pose like a statues that represents migration problems for the other groups to guess the meaning behind it. After that we started to prepare for the big presentation and divided into three groups – Theater , video and photo/drawing. With our new teams we divided tasks and made a plan for next day to complete the big presentation.

Fourth day of the project in Malaga, Workshops time! The Hungarian team 🇭🇺 presented an activity to raise awareness among young people about social positions 👥.
The activity of the Romanian team 🇹🇩 put us in the shoes of immigrants what let us to understand their feelings using Dixit cards.
Finally, the Italian team 🇮🇹 presented a theater of oppressed 🎭and recreated the “frozen sculptures” to represent the theme.
As a last activity we present the activity of the final presentation for day 5 and started creating ideas. 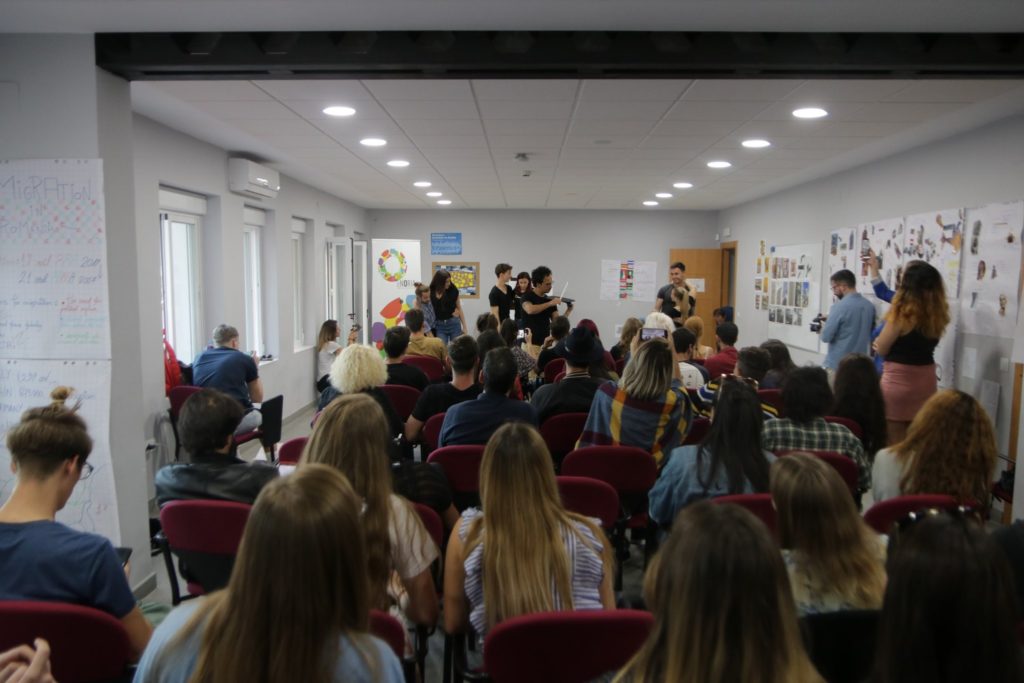 Fifth day of project in Malaga 5⃣, during the morning we worked to create the final presentation with theater activities 🎭, video🎬, photography 📸 and drawing 🖼. Later all of us presented our work in front of an audience and all invited guests, the theater group presented two different but deep scenes. It’s time for the drawings and photos that represent the theme which showed that we are all equals. Finally, the video group presented an interview that involved citizens with questions about immigration. Our presentation finished with the intercultural evening 🇪🇸🇮🇹🇭🇺🇵🇱🇱🇻🇷🇴🇵🇹 where all of the countries presented their traditional foods and drinks

25 October: morning activities.
This is the day of “study visit”. We received two people involved in the migration topic and they told us about their experience.
First we met Fernando, a Spanish guy who helps Moroccan people who try to migrate from Morocco to Ceuta or Melilla, which are two Spanish cities located in Africa’s ground. The border between these two cities and Morocco is patrolled by a anti-migration wall, and we had the chance to understand how this wall is made, and how hard and dangerous is to try to pass through it.
Our second guest was Leila, a Moroccan girl who lives in Spain since 2003. She told us her personal experience as an illegal migrant for 8 years, how she struggled in the difficulties, how she met people who harmed her but also people who helped her.

Last day if the project: In the morning had a workshop that was really useful to learn more about Erasmus+ program.
We were divided in small groups, each of one had to explain a different topic to the others (KA1, KA2, KA3, difference between formal, informal and non-formal education, etc).
After that we joined our national teams and we made the “Dissemination” activity: we wrote a short text to sum up what we did during these days, and we posted it on our social medias, including some pictures.
In the afternoon, we had the possibility to be “in the shoes of the organizers”: the last workshop consisted in creating a prototype of a project. Divided in small groups, we had to find a topic, a title, partner countries and activities for the project that we would like to make.
At the end, the evaluation part: every participant expressed his opinion, his impression, his thoughts about the whole project. This can be helpful for the organizers, to make their best for the further projects.